Tyler Blevins, better known as “Ninja” on Twitch, YouTube, and other social networks, is a popular professional sports player. And no, it’s not basketball or hockey – he plays Fortnite!

What is Fortnite? Think of Fortnite as a big, virtual ‘Hunger games’ type of video game. Up to 100 players descend into a kind of arena and have only one goal: to survive. At the end of each round, there is only one player left, which brings them big prizes – especially if they play for money in an official tournament.

Ninja has millions of followers and subscribers on various streaming and social media platforms. He is most active on Twitch, which is like YouTube, except that videos are usually recorded live.

Thousands of fans are adjusting to his daily playing, watching him fight with players around the world in real-time. He is not a student who still likes to play on weekends – he really is a professional, and reportedly has a bank balance to prove it.

How Much Money Does Ninja Make?

Tyler “Ninja” Blevins was in the spotlight as he and Drake broke the Twitch record in the number of views of the Fortnite stream at the same time. Ninja confirmed in an interview with CNBC that he was earning about $500,000 a month just from streaming (and other social networks).

Blevins pointed out that most of these earnings came from Amazon and Twitch Prime subscribers, as well as from a large number of followers on YouTube, Instagram, and Twitter services.

“The combination of all these things is the source of the total earnings I make. The deal between Amazon Prime and Twitch Prime is amazing,” said Tyler “Ninja” Blevins.

He also claimed that he earned nearly $10 million in 2018, mostly from commercials. However, the ads are only part of his income as Ninja has four possible avenues of entry: donations, subscriptions, endorsements, and advertisements.

Outside the controls, he has advertising contracts with companies such as Samsung, Red Bull, and Uber, but it is his wife Jess who manages the relationships with his sponsors since Tyler spends around 4,000 hours in Fortnite a year, which would be equivalent to six months online non-stop, or an average of 12 hours a day throughout the year.

Ninja was sponsored by Luminosity Gaming, but how much money he received is unknown. It is also not known with certainty how much he receives from donations. But in any given streaming session, Ninja receives donations of thousands of dollars in cash, bits, and even cryptocurrency. He also made money by competing in Fortnite, in tournaments like UMG Friday Fortnite and the Fortnite Summer Skirmish Series, which allowed him to win between 3,500 and 10,000 per month throughout the summer. It is estimated that Ninja has made over $500,000 from Fortnite tournament prize money.

Ninja confirmed in an interview with Forbes that he earns $3.50 for each Twitch subscription, which costs $4.99. At one point, Ninja had more than 188,000 paid subscribers, which works out to a whopping $658,000 per month, at least. On the other hand, when Ninja brought in more than 70,000 subscribers in July 2018, he made more than $245,000 from subscribers alone. Recently, those numbers went way down due to constant inactivity periods.

Yes, he makes more money in one month than most of us make in five years. But maybe it could be more than it seems. However, despite his incredible success, Blevins also has a few words of wisdom for future young streamers, who would like to follow in his footsteps: “Stay in school”.

“I kept the job that I had at Noodles and Company and stayed in college while doing all these things related to gaming. I continued to be good at school and focus on the future, but at the same time I worked on streaming games and Halo competitions,” Blevins points out. “Kids, you can’t throw everything away and focus only on playing video games to make a living from it. This has become a very competitive career choice and you have to secure your future.”

Tyler was born to American parents of Welsh descent. Although he was born in Detroit, he moved with his family to a Chicago suburb when he was just a year old. Tyler’s youth in a Chicago suburb included video games and sports. He attended Grayslake High School, where he played football and was an avid video game player. After graduation, he decided to play video games professionally, enter tournaments, join professional organizations and broadcast his games live.

Ninja started out as a competitive Halo player in 2009, starting with Halo 3 and competing in the game for the next 7 years until reaching Halo 5. He competed for teams like Cloud9, Team Liquid, and Renegades, and won several tournaments, including the Championship of Fall MLG 2012.

Ninja started streaming while he was still competing in Halo. He began streaming Halo games and added games like Titanfall and Call of Duty to his repertoire. Eventually, he dedicated himself to the H1Z1 and the Battle Royale titles led him to the next phase of his career.

H1Z1 gave way to PlayerUnknown’s Battleground, and Ninja joined Luminosity Gaming. He won the PUBG Gamescom Invitational Squads event and went on to be a full-time streamer with Fortnite. That’s when things exploded.

The main reason for this decline in numbers is because he left Twitch for some time, but he is now back, starting from the beginning.

In a charity stream held in February 2018, Tyler raised more than $110,000 to donate to the U.S. Suicide Prevention Organization. During the first Fortnite Battle Royale eSports tournament in April 2018, Tyler gave away a prize pool of nearly $50,000, of which $2,500 went to the Alzheimer’s Association. Later in April, he participated in the #Clips4Kids tournament with streaming colleagues DrLupo and Timthetatman and managed to raise over $340,000. At E3 2018, Tyler and Marshmello won the Fortnite Pro-Am tournament which resulted in a $1 million donation to a charity of their choice.

In the following section, we will cover some of the most frequently asked questions about Ninja. Let’s dive right in!

What does Ninja think about his earnings?

Ninja compares this system to that of a violinist who plays in the street but does not expect to receive a fixed payment. He is there, entertaining people passing by, and some throw money at him, some more than others. According to the streamer, it is the same as on Twitch, where everyone enjoys the measures of his possibilities.

Why won’t Ninja play with girls?

Tyler has stated that he does not want to play with female gamers out of respect for his wife Jessica and to avoid rumors that such streaming could happen. He received mixed reactions, some said he should set an example and not make it difficult for female streamers to stand out, while others supported his stance arguing that in order to protect his marriage, he should be allowed to do what he wants. In response to criticism, Tyler reaffirmed his support for gender equality and reiterated his commitment to marriage, mentioning some prominent female streamers by name. He also explained that women are welcome to play with him in a group or at some events, saying such situations allow him to “control storytelling more, without the stupid dramas and rumors that flood our lives.”

Are video games and what Ninja does really a business?

It’s important to keep in mind that playing the game isn’t the only thing these streamers do when they’re sent live by thousands of people. Unlike basketball players, for example, whose job is quite simple – to play the game well – professional Fortnite and other video game players are primarily entertainers.

Ninja isn’t just about being good at Fortnite. He also has to communicate with the live audience all the time while broadcasting the game. This includes commenting on games, answering questions, and creating a productive experience for everyone who watches – even when they are not winning.

All of this needs to be practiced – and he had plenty of them. He was a professional Halo player (another first-person scorer) before Fortnite became popular. Technically, a job is anything that can bring you a salary. Video games are his primary source of income – a much more common occupation than you might think.

While it may seem ridiculous that people like Ninjas live decently by playing games, it actually involves more skill than knowing which buttons to press on the controller. He broadcasts live gameplays 10 hours a day – on average! Every day! Although he doesn’t go to the ‘real’ office, he still spends more time working than the average office of nine to five. 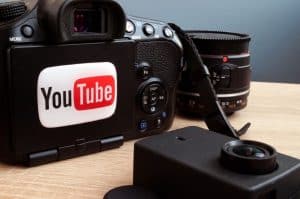 What Camera Does FaZe Rug Use? [Gear Breakdown] 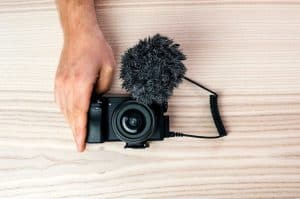 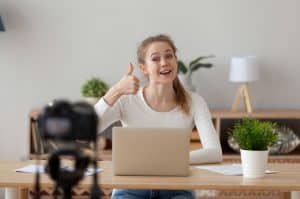 How To Make Money Vlogging in 2021 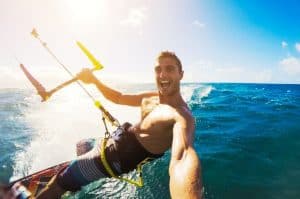 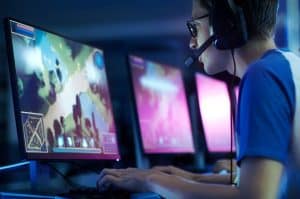