Best Camera for Blogging and Vlogging in 2020

Run Gun Shoot is reader-supported. We may earn an affiliate commission if you purchase through one of our links. Learn more.

Best Camera for Blogging and Vlogging

Are you in the market for the best camera for blogging and vlogging? Finding the right equipment for such a creative line of work means having a variety of distinctive features in mind. If you want to learn more about what makes a great camera for vlogging, take a look below as we dive right in!

When it comes to maintaining a great blog, there is one crucial ingredient you need – great content. And sure, having jaw-dropping writing helps. But after a while, you’ll start thinking about whether your blog needs a vlog element as well?

You should know that the answer is definitely yes. Having a vlog will give you the option of making streamlined, effective presentations of your content; ones that will reach a far wider audience than just a written blog would. Of course, in order for the quality to be top-notch, you’ll need the right camera.

What Makes a Good Vlogging Camera?

As is always the case when it comes to picking cameras, there is no objectively best model; you need to pick one which best suits your needs and the content you’ll be creating. Sure, you’ve determined that you’ll be vlogging – but even that is a whole world unto itself.

How We Chose the Best Camera for Blogging and Vlogging

Once you start prowling the Internet for the best camera for blogging and vlogging, there’s one thing you should bear in mind – there are a few different basic features that you should familiarize yourself with if you want to make an informed choice. With that in mind, you need to consider:

The retro outer look of this camera may lead you to believe this isn’t a model that’s great for contemporary outings like vlogging. However, make no mistake – this is one of the best vlogging cameras you’ll find on the market.

It gives you everything you’d want – from great image quality and varied set of features to its sturdy yet lightweight build. One of its rare faults is a somewhat too small handgrip, but it makes up for that with its very small weight. This is definitely a device you’ll have no problem handling throughout the entirety of the day.

Next up, we’ve got another undeniably awesome choice – the Canon PowerShot G7 X Mark III. In fact, if we were to look at all of the factors that are taken into consideration with a choice such as this, we may even say this is your optimal camera for blogging and vlogging.

It’s a pocket camera that has a microphone jack and uncropped 4K support – everything you need in a compact camera.

Our third recommendation is a snapper simply jam-packed with features – all of which will make any decent vlogger’s dream come true. This is no surprise, as the Alpha line that Sony has been putting out has been quite popular in the blogger and vlogger communities.

In this regard, the A6400 doesn’t stray far from the fold. It has the much sought-after 4K resolution capability, as well as handily simple front-on framing.

Here, we’ve got a camera that’s not only excellent for blogging and vlogging – but generally an all-around good piece of equipment that provides a lot of value for money.

We’re talking about a travel-friendly camera that everyone would be happy to own. This latest iteration of the M series is just another proof of this trend, with a great compact system.

This is an excellent mid-range camera that packs a decent punch in regards to its video features; especially the sensor which this model inherits from the G9 models.

Vloggers and bloggers will be delighted by the 4K video capability, as well as headphone and microphone jacks which enable great audio support. This camera has something for everyone, with its nice range of lenses. All in all – a great choice among affordable travel-friendly cameras.

Lastly, we’re going to suggest another Sony cam that’s a good pick for newbie vloggers looking to cover all of the bases.

Any kind of YouTuber in the making would be glad to have this as their trusty technical sidekick. Its main draw is 4K capability at a respectably affordable price, and none of that 15FPS business – it manages to produce 4K videos at a decent 30FPS.

Now that we’ve given you an idea about what the best camera for blogging and vlogging looks like in the market, we’ll try to answer some of the most frequently asked questions in regards to this.

What type of camera of vloggers use?

As we’ve mentioned above, this mostly depends on the type of vlog you’ll be shooting. But if you’re going to spend a lot of time outdoors, we’d wager your best option would be an action camera; pocketable and small, and one that’s able to hold its own against external elements

If you want the ability to remain on the move without lugging around a lot of equipment – this is the best choice. On the other hand, if you’re going to be shooting home videos – there are other options we’ve outlined above.

What camera do most YouTubers use?

When you’re looking to make it in the world of YouTube vlogging, seeing how the greats do it is always a good idea. That’s why people who are working to create their own channel search to see what kind of camera their more famous peers use.

If we’re talking about YouTubers that aren’t into DSLR cameras, you’re most likely to find that they make use of the Sony RX100 IV and the Canon G7 X Mark II; though these are obviously pricey options.

Is GoPro a good vlogging camera?

We have to reiterate this point once more – the type of camera you’re looking for depends on your content of choice. With that in mind, GoPros (and action cameras in general) don’t suit all vloggers. The reasons for this are numerous, the main being its wide-angle lens.

Sure, that’s great to have if you’re looking for a lot of action shots, sports, nature, and whatnot; but realistically speaking, that’s not what most vloggers make. A set-up like that would be tiresome for viewers if you’re making a video in a smaller room.

Can you vlog with your phone?

Basically, you can. Though, bear in mind that expecting any kind of camera-esque quality will demand a really good phone and a lot of editing. On top of that, you’ll need some external equipment.

Firstly, a tripod stand that will help you hold your phone straight enough for a steady video. Then, you’ll also need external lighting – this is essential for a quality video, particularly shot on a phone. Finally, you should find a good microphone that’s compatible with your phone, especially if you plan on filming interviews often.

As you can see, choosing the best camera for blogging and vlogging can be a cumbersome business. There are a lot of features and factors to take into consideration, but we’ve tried to distill the gist of it for you in this short guide.

If you’re looking to learn more, start reading up on the more complex nuisances of the different models; once you get into your vlogging career, that’s certain information you’ll need! We hope this guide has helped you and made you more confident about making the big purchase. Stay safe, folks! 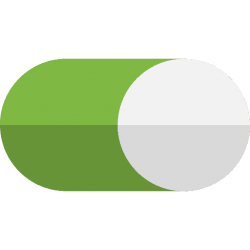 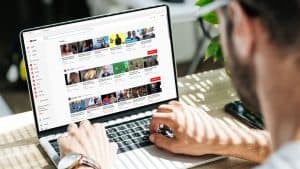 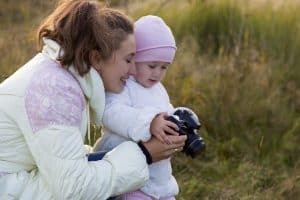